You can download this article as pdf here (without the images):

These didactic materials complement the essay of the same name, suggesting a number of practical ways to implement multilingual storytelling in the classroom.

Task: Watch the video telling the story of the Town Musicians of Bremen, then read the commentary below.

Not all children will necessarily be confident enough to share full stories in their home language. As Taylor, Bernhard, Garg and Cummins (2008) point out, all too often, heritage languages are viewed as marginal, or even irrelevant, to the curriculum. There are rare opportunities for children to share aspects of their home language in a non-threatening, inclusive environment – this story is one of them. In the well-known, traditional German story, a donkey, a dog, a cat and a cockerel find each other after each being no longer needed by their owner. We first encounter the donkey. If children do not speak the instructional language very well, and depending on their contextual knowledge, the word for ‘donkey’ might not be readily at their finger tips. Rather than pointing out who does and doesn’t know the animal (avoiding picking out ‘shortcomings’), the video asks for descriptors – how many legs, what colour, how big, and, importantly, what sound it makes. If children do not know the word for the animal in the instructional language, these descriptors will help them connect with the story. The narrative then asks for the name for ‘donkey’ in the respective class languages, as well as the sound a donkey makes. Children generally have a lot of fun sharing their knowledge with the rest of the class, and trying out several of the home languages present in the classroom. As the story progresses, children typically become more and more engaged in the story, and quickly begin to draw links between languages and sounds. Cat in Chinese, for example, is 猫, pronounced “māo” – very similar to the sound a cat actually makes. From experience, children delight both when they find a similarity (e.g. “cat” in English and “котка” in Bulgarian), as well as if they speak a language where “cat” is something completely different (e.g. “poonai” in Tamil). As the story continues, the “grand finale” is the sound of the cockerel, for which http://www.yawiktionary.com/ provides the following translations:

Of course, each animal sound has to be made “appropriately”, i.e. with vigour and enthusiasm, which may lead to a bit of ruckus in the classroom, but may also help to break down barriers. Extension activity: Turn the Town Musicians of Bremen into a play, featuring all class languages. Children might want to say names and sounds for animals, or write them on signs to “pop up” whenever an animal speaks. For added fun, names of animals might change throughout the story, keeping the audience on their toes.

You can use our illustrations in your classroom. They are drawn by Manuela Ostadal (Munich). 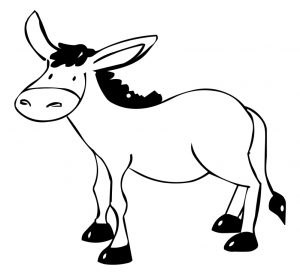 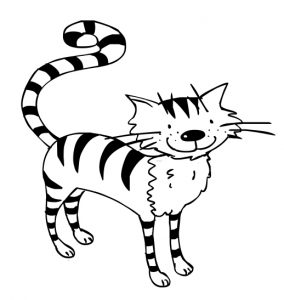 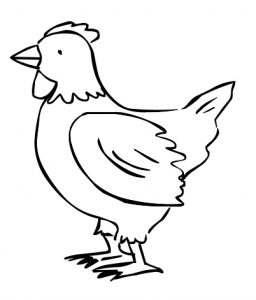 Enable the creation of dual language books. The origin of this may either be a traditional story told in class, or a story that children themselves have written as part of a writing activity. Encourage children to collaborate with other family members to translate the story, and to create a book which may be used for further family book sharing. This practice helps to tie into the child’s family’s Funds of Knowledge (see relevant materials on this), and facilitates school/family communication. If the purpose is to display languages spoken within the school, then a poster might also be appropriate.

Classroom wall space can be an excellent opportunity to show that all classroom languages are welcome. Lotherington et al. (2008) show one example, where the story of the Little Red Hen was shared in multiple languages on the classroom walls. Depending on children’s age, and the languages spoken, there might also be space for a research-based homework activity:

Extension activity: After sharing a new story, work with children to identify a small number of key vocabulary items. These might be about key characters or occurrences (e.g. “elephant”, “flowers”), or about key characteristics of both the story (e.g. “scary”, “funny”) and the characters (e.g. “brave”, “mean”). Give each child in the class one language to “research” these key terms, while asking heritage language speakers to double-check with family members (this will avoid them being put “on the spot” later). In the next lesson, have children work together to create story-related displays in the multiple classroom languages.

If children and/or parents are willing, incorporate stories in the home languages into the classroom. These might either be traditional stories from the respective countries, or versions of well-known stories. Work to provide stories in the classroom language as well as in the “home” language, and explore with children what language means in our understanding of a story. This will help draw out difficulties for some of their classmates who do not speak the instructional language very well, without pointing fingers at individual children. You could, for example, provide children with some key vocabulary and ask them to raise their hand every time they hear it in the story.

As Taylor et al. (2008) point out, efforts such as the above must not be part of  celebratory, ‘occasional imports from out of-school spaces [that are] irrelevant to core learning’ (p. 272) – instead, they need to become part of the core culture and philosophy of learning and teaching. Above are just some examples to integrate multilingual storytelling – if you have your own experiences, hints or tips, please do share them on the MOOC forum for others to see.